Directors’ Liability in The Netherlands 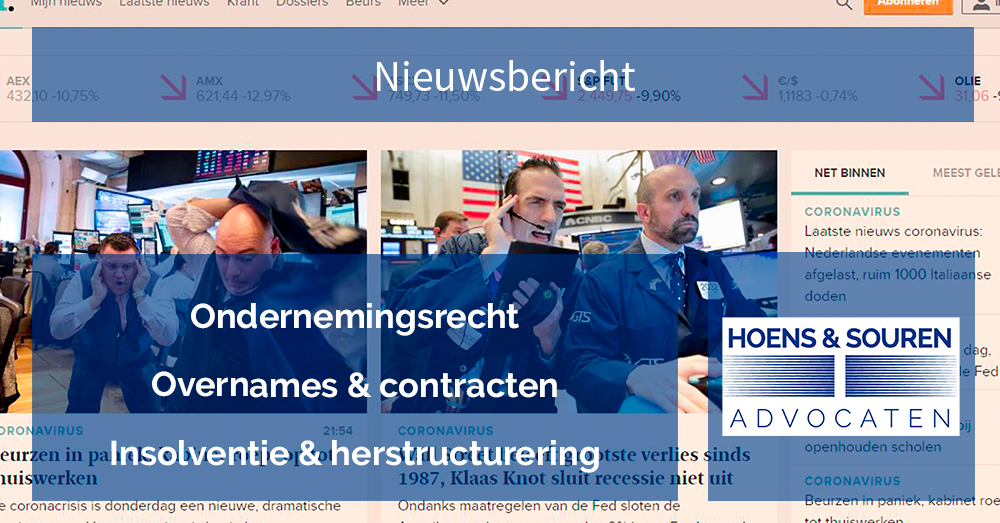 Under Dutch Law directors – as well in one tier as in two tier boards – can be held liable as described below. The response is related to all kinds of corporations with some exceptions. Directors of legal entities are only in exceptional cases personally liable for the debts of the legal entity.

In principle, liability of a director is joint and several with any other director who is or may be held liable for the same act.

a. Liability towards the company itself (which power can be exercised by the trustee in the event of bankruptcy) (article 2:9 of the Civil Code (“Burgerlijk Wetboek”; hereinafter referred to as “CC”))
Each managing director is obliged towards the company to properly fulfill the duties assigned to him. The responsibilities of the director include all administrative tasks that are not assigned by or pursuant to the law or the articles of association to one or more other directors.

Each director is responsible for the general state of affairs: they share a collective, collegial responsibility for the performance of the management duties. The director shall be liable for all the damages with respect to the failures. Exculpation is possible when the director proves that he cannot be seriously blamed for actions with regard to tasks assigned to others and cannot be seriously blamed for not taking measures to ward off the consequences of the failure.

In general it can be said that under article 2:9 BW, there is a relatively high threshold of liability. If a director can be seriously blamed depends on ‘all the circumstances of the case’. Dutch law does not know a general standard such as the ‘business judgment rule’.

It can be, for example, that in case of acting contrary to the by-laws, withdrawing funds for private purposes, unauthorized representation of the corporation towards third parties, taking unnecessarily large financial risks et cetera.

b. Liability towards the liquidator – acting for the joint creditors – in bankruptcy (article 2:248 CC); only for private limited liability companies (“BV”), private limited companies (“NV”) and certain voluntary associations and foundations holding an enterprise.
The basis for this liability is more or less equal as in the previously mentioned case, at least in case the improper performance is an important cause of the bankruptcy. In that case, the director is in principle liable for the entire deficiency of the bankruptcy.

If the company has not fulfilled its administrative obligations or has not or not in time deposited its annual accounts in the three years before the bankruptcy, there is an irrebuttable presumption that the director has improperly performed his duties. Furthermore, in that case, there is a rebuttable presumption that the improper performance is an important cause of the bankruptcy. The director may try to produce proof to the contrary: he, then, has to prove that there is another important cause of the bankruptcy then the presumed improper performance.

c. Liability towards the creditors (section 6:162 CC)
In this situation the general provisions of tort are applicable. For director’s liability the basis for liability is more or less equal as in the previously mentioned cases.

Two important reasons for liability are the following ones. The first is when the director, while entering into a contract as director of the corporation, reasonably ought to understand that the corporation could not, or not within a reasonable period of time, fulfill it’s obligations resulting therefrom and would not offer recourse for the damage suffered by the other contractual party or parties as a result of the breach of contract – the so called ‘Beklamel rule’.

The second one is when the corporation pays it’s creditors in an uneven way, without a good reason and not minding their privilege according to the law. This especially can occur when the corporation has finished its activities or is about to finish it and its estate is not sufficient to fully pay all the creditors.

d. Other liabilities
Furthermore directors in certain circumstances can be held liable for tax debts, social insurance contributions and contributions to company pension funds, for misleading annual accounts, defective incorporation of the company, for pre-incorporation transactions and in cases concerning the capitalisation of the company. An example of the last is that the director may be liable for too high dividend distributions by the corporation in the past. This may perhaps be less of a problem where the director is also the sole shareholder, but can be a serious problem if the director is (statutory) director and not the shareholder of the BV. This rule already existed in ‘case law’ for a longer period and is included in the law since 2013. I won’t treat that matters in this contribution.

Under Dutch law it is only possible for the shareholders to hold the director liable if he directly produces damages to them. They cannot hold him liable if the damage is not direct but indirect, in case the damage only consists of diminishing of the value of the shares. The idea behind this limitation is that if the damage is caused to the company by the improper fulfilment of contractual obligations or by conduct against the company that are unlawful, only the company has the right to sue the director for the damages.