F.I.N.A.N.C.E. is a research project promoted by the legal department of the University of Perugia (Italy) and funded by OLAF (the European Anti-Fraud Office), as part of the Hercule III Programme.

The project will develop a comparative research study on rules and practices of Financial Intelligence Units (FIU’s) in Europe regarding anti-money laundering. Due to the transnational scope of money laundering, interconnections between FIU’s are necessary to conduct cross-border analysis and investigations of money laundering and its predicate crimes such as fraud and corruption. Therefore this study will focus on the FIU’s located in five member states (Germany, Luxembourg, Spain, Italy and the Netherlands). 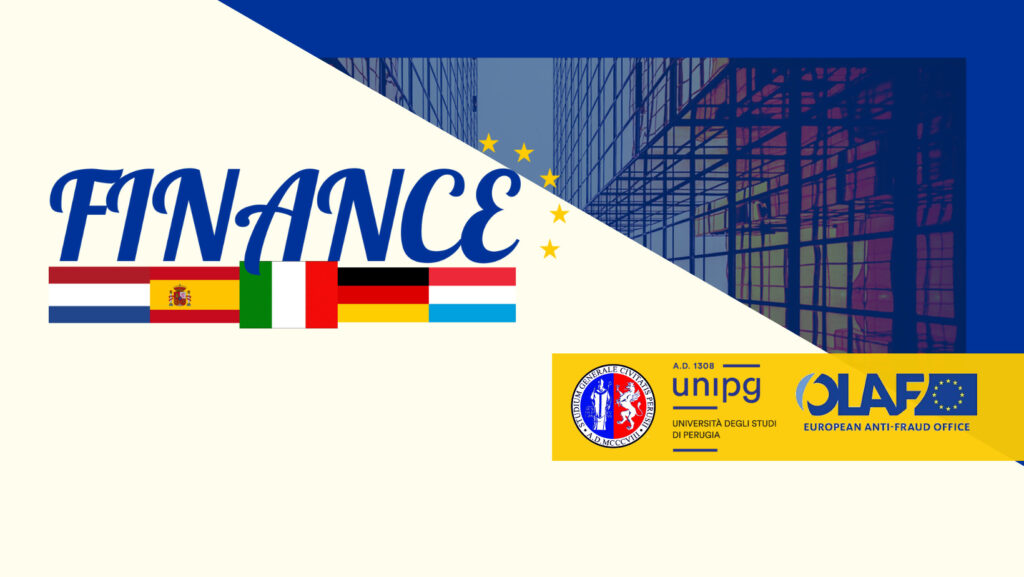 By assembling and comparing information from the different Member States this study will highlight strengths and weaknesses in existing cooperation mechanisms among FIU’s and among other competent national and supranational authorities (e.g. EPPO, OLAF) in criminal investigations concerning money laundering prevention and repression. To this end a team of national legal experts, consisting of scholars and practitioners, has been appointed. Each national legal team will perform a separate national investigation and present their findings in Autumn, 2022.

Aim of the project

Ultimately this project aims to form a foundation of information for future EU commission initiatives for strengthening judicial and inter-institutional cooperation at a European level in the fight against money laundering.

The Dutch national team aims to gather information regarding rules and practices of the Dutch FIU (Financiële Inlichtingen Eenheid) regarding money laundering. For the purpose of creating an comprehensive understanding this study consists out of five parts, all in relation to money laundering.

The results of the Dutch research will be presented in Autumn, 2022 in Perugia.